Everyone is familiar with bridge collisions and their consequences. First of all, passengers often notice a collision right away. The ship stops immediately and/or (loud) noises are heard. In case of complete destruction of the wheelhouse due to the collision, the ship has to be towed to a yard for inspection. The (external) emergency services organise a rescue operation for those on board. Everyone is evacuated. 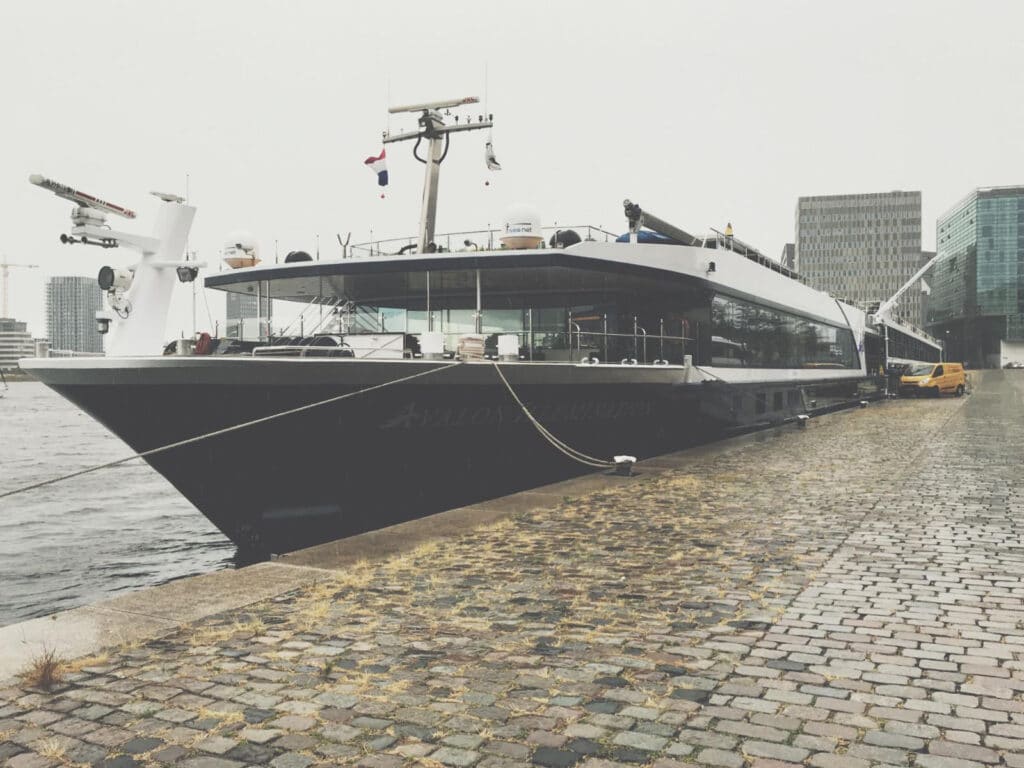 As the ship cannot continue its course any time soon, the current cruise needs to be cancelled. However, future cruises are at risk of being cancelled as well. Damage to the ship and cancelled cruises due to collisions lead to (extremely) high costs. Insurance claims and procedures are time-intensive and the damage affects the insurance premium on top of that. Apart from the practical issues in the case of a collision, those on board also run risk; both physically and mentally.

United Rivers is very committed to safety. Safety of people on board; passengers and personnel. But preventing the captain’s confidence on their knowledge and expertise from being damaged is important for United Rivers as well. Until now, United Rivers did not use bridge height detection systems aboard of her fleet. Captains see, by their naked eye’s or via a radar -/navigation system, an approaching object. To assess whether there is enough clearance height for the ship to pass it safely, they use preparation, knowledge, skills and their best judgement. This is ok, but the larger the distance to the bridge, the more difficult it becomes to make a proper assessment. Especially when line of sight is limited, for example at night or during precipitation, unnecessary risks are entailed. In addition, there is always the risk of distraction and routine, which means an approaching object e may not be anticipated (in time).

To reduce the risk of collisions within her fleet, United Rivers was looking for an easy-to-interpret bridge height detection system. Bridgescout® notifications are unambiguous. The panel inside the wheelhouse lights up at a distance of 500 meters (blue screen). This is where the Bridgescout® system already notifies the captain of an approaching object for the first time. Alertness is an important part of preventing collisions. If there is not enough clearance height to pass, a warning appears on the panel in the wheelhouse (red screen) and an (spoken) alarm will sound. In addition, the system needed to be customizable. The margin between the wheelhouse (Bridgescout® sensor) and the object can be adjusted as desired, and the frequency of the (acoustic) alarm can be changed. Lastly, United Rivers wanted an (acoustic) alarm in the area of the wing panels, so the captains will be notified outside as well; Bridgescout® River Cruise. Following a brief introduction of Bridgescout® during an appointment, United Rivers decided in 2017 to start a pilot with the Bridgescout® system.

“The Bridgescout® alarm is very helpful when navigating on the Main. Especially when a low bridge is in the middle of a lock. Sometimes, entering a lock, you can not pay enough attention to the wheelhouse. Bridgescout® helps you to maintain the correct level of the wheelhouse.”

In the meantime, the partnership is sealed by the commissioning of Bridgescout® aboard of all Avalon WATERWAYS® cruise vessels. Sensor Maritime is proud of her partnership with United Rivers with the aim of sharing knowledge and expertise to increase safety in inland shipping.